Assailant: The person accused of committing a crime.

Allegation: A statement explaining the crime that the defendant is being accused of.

Assistant District Attorney (ADA): (also called the prosecutor) The lawyer who handles the criminal case and represents the Commonwealth of Pennsylvania against the defendant. The victim/survivor is usually the main witness for the state and works with the prosecutor. 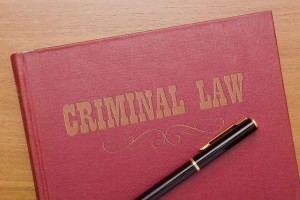 Bench Warrant: An order from the court to bring in a witness who does not obey the subpoena.

Civil Proceeding: Any action or process in a court that does not involve a crime.

Competent: The characteristics of a witness which make him or her qualified to give evidence in court.

Complainant: The victim/survivor or witness of a crime who makes an official statement accusing the defendant of committing a crime.

Continuance: Postponement of a hearing or trial.

Criminal Proceedings: Any action in a court involving a crime.

Cross Examination: During a court proceeding when the defense attorney asks the victim/survivor (or other prosecution witnesses) questions. The questions may be asked in a leading manner and challenge the witness’s testimony.

Defendant: The person accused of committing a crime.

Defense Attorney: The lawyer who represents the defendant.

Juvenile/Minor: A person who is under the age of 18.

Oath: A sworn statement by a witness that she or he will tell the truth when testifying.

Standard of Proof: The degree of proof used to prove a fact in court. “Beyond a reasonable doubt” is the strictest standard of proof and is used to convict an adult of any crime including rape and incest.

Subpoena: A written notice ordering a person to appear in court.

Testimony/Testify: Statements made by a witness under oath.

Witness: A person with information about the crime, or a person who is asked to testify in court.

This website uses cookies to improve your experience while you navigate through the website. Out of these, the cookies that are categorized as necessary are stored on your browser as they are essential for the working of basic functionalities of the website. We also use third-party cookies that help us analyze and understand how you use this website. These cookies will be stored in your browser only with your consent. You also have the option to opt-out of these cookies. But opting out of some of these cookies may affect your browsing experience.
Necessary Always Enabled
Necessary cookies are absolutely essential for the website to function properly. This category only includes cookies that ensures basic functionalities and security features of the website. These cookies do not store any personal information.
Non-necessary
Any cookies that may not be particularly necessary for the website to function and is used specifically to collect user personal data via analytics, ads, other embedded contents are termed as non-necessary cookies. It is mandatory to procure user consent prior to running these cookies on your website.
SAVE & ACCEPT
Go to Top